Skip to content
Posted on January 28, 2013January 8, 2018 by ATT Author
Inevitably if not surprisingly the daily round-ups couldn’t be maintained, but at least the tennis in Melbourne didn’t disappoint. Once again we saw drama aplenty too as the women’s tournament produced two major shocks more than a few talking points concerning the current rulebook. The men’s competition followed suit in terms of results – the best two players in the world contesting a tight (for two sets) final, but despite its formalities thrilled via some truly classic matches.
2nd week – Marathon match 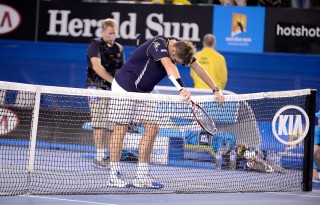 Despite many contenders that in any other Slam fortnight would’ve take this title, there can be no other winner here than that fourth rounder between Djokovic and the valiant Wawrinka. The likeable Swiss turning back the clock a few years to find the form that made him a top tenner and worthy of ‘next big Swiss’ accolades.
At numerous points throughout the match Novak looked beaten and to his credit would often stand back and applaud the shots that no doubt reminded him of that other Swiss maestro, but as he so often does the Serb found a way to triumph after five hours. The sight of a tearful Wawrinka post-match was heartbreaking.
Honourable mentions – Simon/Monfils, Federer/Tsonga, Ferrer/Almagro, Stephens/Williams
2nd week – Best quality match 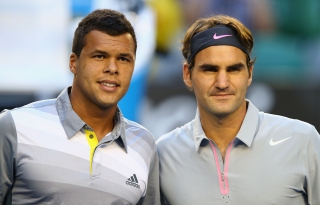 Federer’s titanic victory over Tsonga takes this purely because both men were playing well and the quality was consistent and precise. Here it was shot-making through and through whilst arguably Wawrinka/Djokovic had endurance at its centre.  Federer brings out the very best in the Frenchman, ensuring a feast for the eyes from both sides of the net.
Honourable mentions – again Ferrer/Almagro are the nearly-men here
2nd week – Shock result 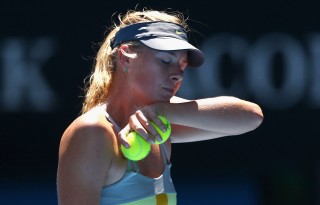 We can forget about the men for this one, there were upsets and dark horses as ever but with the top four seeds progressing to the semi finals things very much followed suit. Perhaps the fact that Berdych and Ferrer were swept aside so easily by Novak or that Del Potro crumbled were the real stories here.
The lasses have produced shocks and drama in spades as unpredictability reigns supreme. An injury-hit Serena Williams losing to compatriot Sloane Stephens was still a huge shock such was the former champ’s form going into 2013. Until those tweeted images of that swollen ankle appeared and the magnitude of the injury revealed this was a huge upset. But Maria Sharapova had equaled Williams’ godlike form in the first week, matching the record for fewest games lost en route, less conceded than in her loss to LiNa 2-6, 2-6. Had the Russian peaked too early or simply couldn’t respond when the going got tough for the first time in 5 matches? We’ll never know but this just wasn’t expected by anyone, as good as the Chinese is.