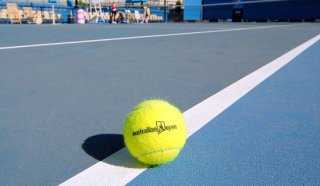 Well it’s a good job I’m not a betting man; of the eight quarter finals I managed just two correct results with one correct set-count.
The results today only supplied further proof that this major is anything but predictable.
Dominika Cibulkova def Simona Halep 6-3, 6-0
I’ll admit here that I have seen precious little of Cibulkova at all and even less to suggest she could well be a regular contender for slams (her run to the 2009 semi’s had clearly not registered in my memory), still with the form Halep had been in this tournament it was hard to see this result.
It was simply a case of that precious mix of a high winners count coupled with few unforced errors and with an aggressive go-for-your-shots gameplan that paid off giving little time for Halep to find any rhythm.
Agnieska Radnwasnka def Victoria Azarenka 6-1, 5-7, 6-0
In what was almost a one-sided contest the craft of Radwanska – which has been championed on this blog before – once again made mincemeat of the power-play favoured by so many of the womens elite for the past generation or two (Belgians aside). Azarenka was by her own recognition ‘predictable’ and would be forgiven if indeed the Belarussian had subconsciously relaxed as her main rivals fell one by one. But this was a Hingis-like performance from the Pole who – whisper it quietly – is something of a favourite for the title now.
Rafael Nadal def Grigor Dimitrov 3-6, 7-6, 7-6, 6-2
Clearly this was far from comfortable for the Spaniard who continues to cope bravely with some horrific blisters which – as was evident here – affected the serve most of all. Admitting he was ‘lucky’ to escape the third set tiebreaker, Nadal re-found his devastating best in the fourth.
Dimitrov again delivered brilliantly and almost stole this one, encouraging stuff for a man who will hopefully push on and become established within the hot-bed of the top-ten. More tournaments like this will see it happen.
Roger Federer def Andy Murray 6-3, 6-4, 6-7, 6-3
I haven’t watched this yet (work and all) but the signs were that an aggressive tactically spot-on Swiss proved too much for a Scot who – if BBC are to be believed, which in these maters isn’t easy – hasn’t fully  recovered from that back op.
In any case, whatever happens now against Rafa, Federer has staked his claim of relevance in 2014 barring a – for now unfathomable – slide in form and confidence.
Day Ten seeds to fall
Simona Halep
Victoria Azarenka
Grigor Dimitrov
Andy Murray
Day Ten – Al’s Hero of the Day – Agnieska Radwanska
Guile and intelligence can still prevail over power and precision in the women’s game, the Pole is the chief architect of this now and must be saluted.