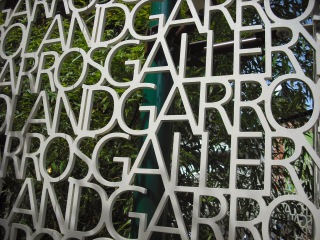 Seeing as it is just around the corner now, the first of my ‘retrospective’ diary-style pieces focuses on my first foray to the French Open.

After embarking on the June-time annual pilgrimage to SW19 for some years, I decided in 2011 – on something of a whim – to double my Major tournament count and inflict my terrible fashion sense upon Paris for the French Open.

No stranger to embarking on a tennis sojourn alone (Eastbourne, Queens Club and some days at Wimbledon) I grabbed a ticket for the first two days of the main draw, with a quaint little room-for-one at a nearby hotel as well.

My long-suffering girlfriend Sophie – who at this point hadn’t quite caught the tennis bug – would join me at the end of the second day for a short city break in La Ville-Lumiére.

My saint Sophie drops me off for the first train into London and despite the British chill, I’m not cold however; merely tired but excited. Predictably the train is pretty empty, but soon fills up as we shuffle along seemingly calling at every stop in existence. Interesting creatures emerging from Romford as ever.

A leisurely coffee and bagel accompanies another check of the OOP for Monday and the all-important strategy starts to materialise, so many mouthwatering match-ups early on of course. Hantuchova, Baghdatis, Tipsarevic and Keothavong are the main accessible targets and luckily evenly spread out throughout the day. Daniela is on first however so I’d need a trouble-free journey into the unknown once on French soil to ensure a glimpse of the only player to rival Federer in my affections.

Eurostar security and seating is streamlined and stress-free, the train is busy however so I’m next to a smartly dressed Belgian businesswoman who’s one Blackberry contrasts with my two phones, newspaper, latest copy of tennishead and other numerous paraphernalia. 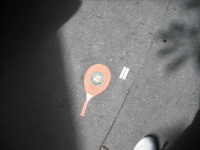 The Paris Metro is a breeze and although I’m out in the sticks and away from the usual tourist hotspots things are still hectic as I join the crowds in politely hurrying along the short walk from tube to turnstyles. I look down to see little orange RG tennis rackets lining the route to the stadium – a nice touch.

Unlike Wimbledon, the second slam of the year employs a simple ticketing system; no ballot and subsequently precious little queuing on arrival. I do have to make a quick detour to the baggage depository for my overnights before a fuss-free scan of the ticket and in.

It’s a very different feeling inside to Wimbledon, for reasons I cannot quite put my finger on; obviously the lack of any Brit toffs is a huge plus. One gets the sense that here are simply tennis fans and not the usual crowd of ra ra’s who treat SW19 as a festival of sorts where tennis has to make way for the occasion of champers, strawberries and selfies.

It helps that everything is so, well, French and therefore effortlessly elegant. 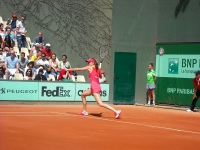 Hantuchova’s match takes place on the court that greets the main entrance to the right, thus the queue is fairly long already and – being the first match of the day – few are vacating to free up space inside.

But within half an hour I find myself on the front row and thankfully in the shade to soak up the remaining set and a half of an impressive victory for the Slovak over Chinese journeywoman Zhang. 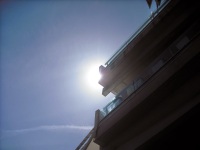 After the match I file out with everyone else ready for a wander. As I stop to admire the impressive player and press enclosure I hear a distant voice “well played Daniela” followed by a much closer “thank-you”, the latter spoken in an eastern-European accent I immediately recognised. I turn round to see a relieved beaming Hantuchova merely feet away.

Once I’d realised what had happened the victor was gone, so too was the chance of an autograph from a hero of mine. Still I would be able to see other household names up close throughout my visit including past champ Schiavone and Azarenka.

I’m creamed up but such is the intense heat now I know I’m burning, but it matters little as I settle down for a rare chance to play the patriotism game and witness Anne Keothavong lose in two tight sets. More court-hopping takes me to a practicing Xavier Malisse and then to Tipsarevic for a comfortable victory.

Brad Gilbert and then Nikolay Davydenko (also at practice) brush past me as I continue a stroll around the boutiques and the Aeorangi Terrace equivalent – essentially a large square with a huge viewing screen. A spot of lunch too with some Roland Garros sponsored sparkling Perrier and a rather delicious burger – not horse I hasten to add.

Baggy takes centre stage as the sun sets behind Phillipe Chatrier, it’s the usual blend of delightful play and infuriating errors from the ever-popular Cypriot and another of my faves. His four setter is the final action and I reluctantly trudge out and collect my bags hotel-bound. 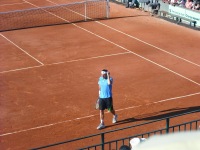 The beautiful main Roland Garros Store was tantalisingly close though, those who know me just a little won’t be surprised to learn I spent a goof 30 mins in there, walking out triumphantly with a sharp little white hooded number. Garish chic I like to call it.

The hotel is perfect for my modest desires; quiet, clean and with a nice array of obscure tv channels with that ever-present spattering of home in CNN.

A burnt but blissful sleep followed, tomorrow would see me through those gates once more and I couldn’t wait.

I set up camp on one court for the morning session for a couple of ladies doubles matches featuring a host of households: Zvonareva, Kuznetsova, Stubbs, Dellacqua, Hantuchova, Aga Radwanska, Mirza and Safarova.

One result went my way (Vera and Kuzzy victory) but the other looked ominous so I scarpered to watch a bit of the immensely likeable Nicolas Mahut wilt somewhat amidst a ruthless home crowd.

Mansour Bahrami glides past looking very dapper as I make my way to the Big Screens to join hundreds more in witnessing John Isner of all people take the King of Clay the distance in a thriller. Suffice to say the atmosphere was rather special. 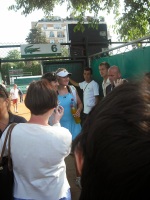 After the drama there was just time for some symmetry as once again I flew the flag for Britain and enjoyed the usual entertaining and at times mesmerising tennis the late Elena Baltacha always delivered. It was a great way to end a very special two days in what in many ways is my favourite sporting venue. 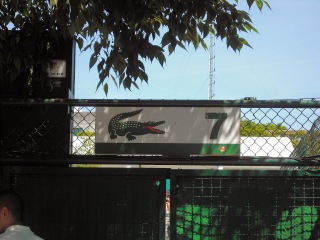