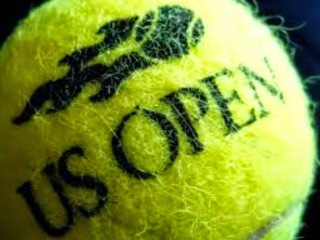 After another intriguing U.S Open Series it is time for the main event.

We’ve seen some big performances during this last month and a half across the pond from the likes of Tsonga, Raonic, Kvitova and Kuznetsova.

We’ve also seen some resurgence from both Williams sisters, Radwanska Federer and Wozniacki.

All this with Nadal still injured and Djokovic and Murray all at sea. Sharapova and Halep haven’t really troubled the headlines much either.

It has made for a mouthwatering fortnight ahead at Flushing Meadows.

Already, the Big Apple has witnessed some dramatic stories and awe-inspiring tennis the great city demands.

The opening day began with the almighty scrap between the two oldest women in the draw, the aforementioned Venus continuing to play her best tennis for years, and the remarkable Kimiko Date-Krumm. The 33 year old prevailing despite a stirring comeback by her opponent who will be 44 later this year.

Elsewhere in the women’s tournament there were similar battling wins for Angelique Kerber, Simona Halep and Caroline Wozniacki and a rare success story for the Italian veteran duo of Vinci and Errani who both came through their singles encounters.

The new face of Italian tennis Camilla Giorgi is out however in something of a mini shock.

It was easier for Maria, Radwanska and Sloane Stephens who all wrapped up victories with veritable ease. Safarova, Jankovic, Hantuchova and Cornet were all winners too (the latter two play each other next in a feast for the eyes, ahem)

Seed-wise, it was another youngster in Garbine Muguruza who would tumble on a day light in upsets.

The men’s side of things saw a similar story; for every brisk win from the likes of Djokovic, Raonic and Kohlschreiber there would be slugfests involving Wawrinka, Tsonga and Mr Murray. The Scot battled his old nemesis in seemingly entire body cramps but was still too good for the young Robin Haase.

It remains a mystery if the 2012 champion can really mount a challenge, perhaps as at Roland Garros in the spring he will play himself into better form.

The star of Cincinnati Julien Benneteau and Mikhail Youzhny were the only seeds to fall, but in Benoit Paire and Wimbledon starlet Nick Kyrgios there is little shame in such defeats.

An honourable mention here to the battle of the veteran crocs Benneteau and Paire but this match really delivered throughout, all the more remarkable given the conditions and collective age of the duo.

Honourable mentions for Kimiko Date Krumm and debutant Danielle Rose Collins, but Verdasco just has a knack in the twilight of his career to end up in these marathon matches. The Venezuelan will hardly rejoice in the entertainment he continues to provide.

Seeded players to fall on Day 1

Other notable players to fall on Day 1