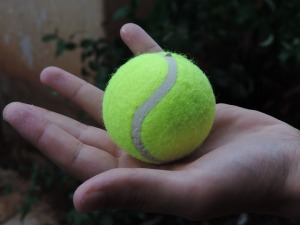 Before my Australian Open coverage begins, I wanted to offer my two cents on some of the talking points surrounding the sport on the eve of the first major of the year.

Murray will win another major

The first of my infamously inept predictions and – unlike Greg Rusedski – i believe that Andy Murray will win at least one more major before he calls time on a glittering career. Yes, the nature of the injury coupled with the Scot’s playing style doesn’t bode well at first glance. Undoubtedly too, success won’t be immediate. But with Federer well and truly on his farewell tour this year or next, Djokovic a major question mark mentally and Rafa still equally susceptible to his own injuries, there is still no-one better (Stan is an unknown quantity of course). The likes of Dimitrov, Zverev, Thiem, Goffin and yes even Kyrgios will be ready to dominate in the next generation, but Murray deserves to be included in the debate.

I get it, Sharapova is still arguably THE tennis darling and a huge draw for tournaments big and small. And I accept now that she has served a suitable punishment for her doping offence. But the Australian Open’s reasoning for selecting Maria to replace Serena at the opening ceremony is far from convincing. Champion ten years ago? Surely the resurgent 2016 champion Angelique Kerber would’ve been a more suitable choice? Equally, last year’s beaten finalist Venus? Even current world number one Halep – admittedly a perennial underachiever here – would have made more sense.

Renaming of MCA is a no-brainer

Quite who it should be named after instead i’m not sure, but there is no question that Margaret Court Arena should be renamed and soon. The 24-time singles champ has chosen not to attend this year’s tournament, a snub that should make the decision easier to motion for what tournament director Craig Tiley described as a ‘broader group of people’. Yes Court’s achievements are legendary and she more than deserves her place in the Tennis Hall of Fame, but her comments on same-sex marriage are divisive and outdated enough to tarnish her name.